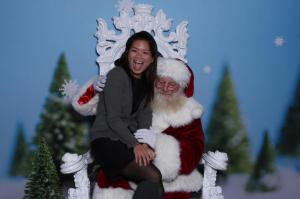 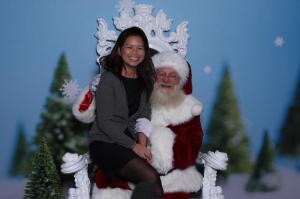 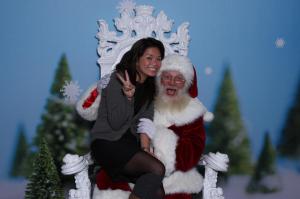 Getting in Touch with My Azn 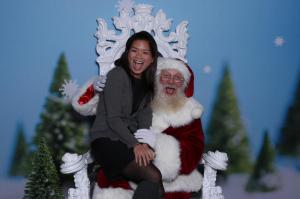 Southwest Airlines, in conjunction with Windows 7, had set up a Santa picture booth in Chicago Midway. I did this mostly because it was free and they gave me a $20 off coupon for my next Southwest flight. All I had to do was anonymously fill out a “How Cool is Windows 7” survey.

And then there is also the fact that I’d never really had a picture with Santa before.

I asked my mom why I had never done the Santa pic before, and she just shrugged and said, “It’s really not a big deal back home.” To which I nodded and shrugged, too. Because I never felt like I wanted to or needed to or even had to sit on Santa’s knee and tell him what I wanted for Christmas. It just…wasn’t done.

However, it is a sweet novelty to (finally) be able to do it, so there I was, sitting on Santa’s knee and getting all giddy like a child again.

I gave him a smile and said, “Actually, I’m happy. Maybe for Christmas, I just want to stay as happy as I am now?”

He nodded and said, “That’s really good, sweetheart, let’s wish for that,” and then gave his customary booming, HO HO HO laugh.

And that, folks, was my first time on Santa’s knee.

(And for decency’s sake, probably my last.)