My Life List has “Go to the Alameda County Fair” on it. I’m not sure why. I’ve been to the AC Fair before, when I was in high school. But I created the list well after I had graduated from UC Berkeley, and well into the swing of Law School.

The only thing I can think of is that I remember absolutely zilch about the two times I did go to the Fair back then. All I remember was looking for the photograph that won me a blue ribbon at the fair, and a few of my brothers’ artworks that also won various prizes.

I don’t remember the food, the games, the rides, the anything.

I went with CCop. I never thought he was the type of guy to do the county fair thing, but I guess it’s just one other good thing about him. He is a doer. He makes plans. He follows through. He will suffer through the heat and my quirks.

That, and there was Blue Oyster Cult playing at the fair that day.

So, we hit the horse races. We petted sheep (they feel like knotted up carpet), we watched poor children attempt to do a calf show (think Dog shows, only with cows), we looked at bunny rabbits, we shuddered at lizards (okay, that was just me. CCop mostly laughed at how I broke into a cold sweat at the sight of them).

We also went on Rides. Well, I went on the wimpy ones and he went on the redonkyoulus ones. I also rode the Ferris Wheel for the first time ever. I guess that’s one real thing to cross off my life list (not that it was ever on the list). I just have this thing about heights…or maybe it’s about falling. That whole motion of having the ground slip from beneath you…*shakes head.

We played some games, ate some alligator burgers (yum!) and of course, had some funnel cake. I mean, what’s a county fair without the artery-clogging deliciousness?

I remember the Fair being that much bigger when I was younger, and being that much bigger of a deal. But I guess if you had some piece of artwork to be displayed, it’s a bigger deal. Getting that blue ribbon is pretty awesome. This time around, I had nothing on display though, but there were some pretty great pieces in contention.

Later, we watched the Blue Oyster Cult which was actually a really good show. I mean, who can forget SNL’s “Cow Bell” skit? They actually had someone play a cowbell during Don’t Fear the Reaper! And I totally chanted along to Go-go-go-godzilla!!! Haha!

Overall, it was definitely a fun day. It was hot, but hell, it’s summer in the East Bay, couldn’t expect any less. At least, it wasn’t as hot as LA ever got. One of the funniest scenes of the night was CCop getting some ice cream while I munched on my giant bag of kettle corn. He stood right next to these three pretty big, tough looking dudes, working so hard to lick away at their ice cream cones before their tower of flavors toppled over. There they were, four big guys, acting like little kids. It was awesome.

I’d definitely go again, once every year. It’ll be tradition. Yeah, that’s what it’ll be. =) 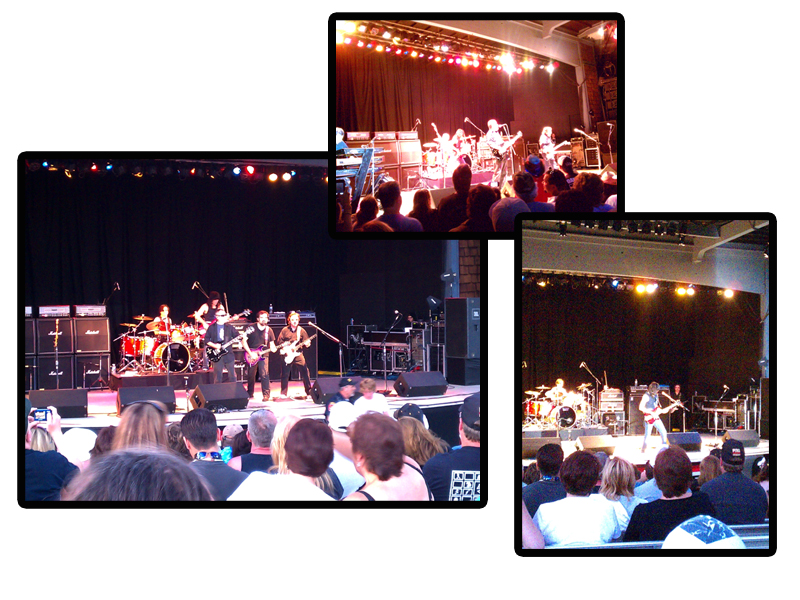