One lazy Sunday morning, while CCop and I were trying to decide what to do for the day, his eyes lit up and said, “I know where we can go for lunch! Kinder’s!” I shook my head and said, “What? Where?” And he gave me a look, “You’ve never heard of Kinder’s before? Oh, you’re in for a treat!”

And I was. Mmmmm… 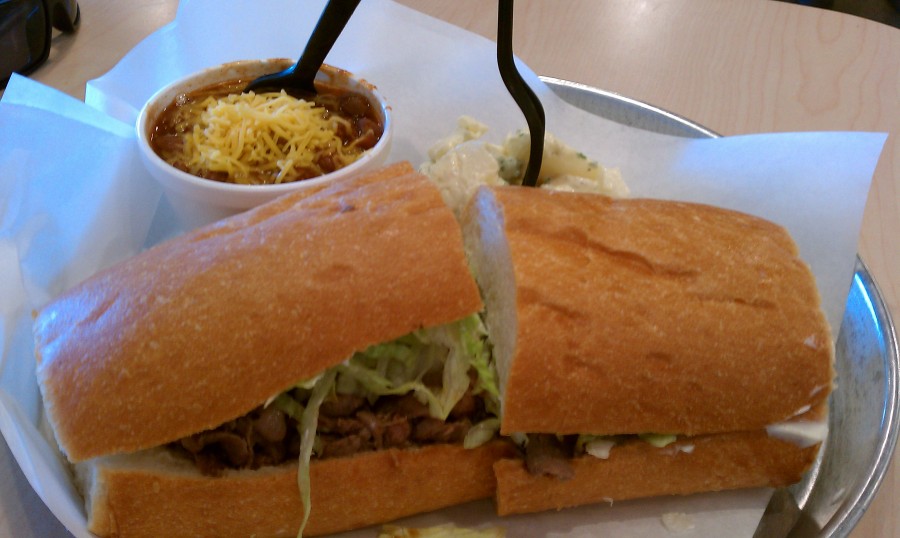 I’ve just learned two amazing things: Kinder’s BBQ sauce is available in Costco. There is a Kinder’s Deli & Meats just one freeway exit away from my house. Uh-oh. Fattiness alert.

Today, I surprised CCop with a take out dinner from Kinder’s. We had the Ball Tip sandwich (pictured above) again and I also got the Grilled chicken sandwich. The chicken sandwich is grilled to perfection, moist and so flavorful. I usually avoid chicken breast sandwiches because they tend to be dry and tasteless, but CCop is totally into lean protein meats, and so I had to compromise by sharing half-and-half of the two sandwiches.

Will definitely keep going back for more!

P.S., we ended up going to The Oakland Zoo that Sunday.